Ping pong or table tennis is the most popular game over the world, especially in Asia, Whereas it is very well famous in the USA and the UK. How to play ping pong can be the question to the people who heard about it first and what are the rules of this game and how one can improve his skill of the game.

Before playing a game, you should know the basic rules and the regulations of that game. So the most popular ping pong game is straightforward in the basic rules. In each game, there is an ending. So for ping pong, it is 11 points for a side to win the set of the match as per the rules of 2001. Although it is was 21 points previously.

There is another outdoor game you can play besides ping pong, that is baseball. Nowadays, baseball has become the most popular game throughout the world. To play baseball, you need baseball bats, glove, balls, and cleats as well.

How to Improve Your Ping Pong Skill 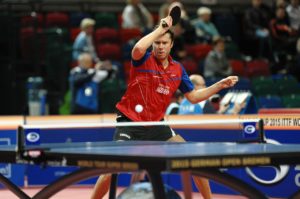 What are the basic things you should do in ping pong?

It varies based on where do you learn from and who are you learn from. But the necessary things are quite the same. So what is going to give you practice on that, and undoubtedly you will get benefited.

If you follow these ten steps, you will be the master of this game.

The first thing to improve your skill is footwork when you stand in front of the table(best ping pong tables you can visit to find the best tables)  with the paddle in one hand and with the ball with the other side.

If you want to be an advanced player, you should practice more. But sometimes you do not have your partner. So you need a ping pong robot to help you. Robots are faster and accurate. Your game will improve in no time.

The flexibility of your knees is an essential thing to play the best shorts. You have to fold your knees a little to get the best comfort of your balance. Adjust the knees and play the best game ever. 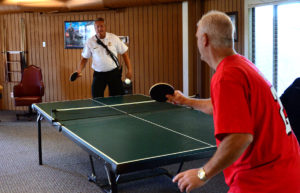 Then come to the eyes what holds your game concentration all the time and help you to understand the shorts from the opposite player.

If you lose your eye contact with the ball during the game, yes you will not be a good player, or you will lose your game for sure. So eyes are the essential things in the ping pong.

Next two option regarding topspin is all about the techniques that you would have to play to improve your skill. You have to hold the paddle as you stay, but at the time you play the shot, you need to face your paddle downward slightly. With that smooth touch, the ball will get the topspin, and that will be harder for the opponent player to face it back.

Swing the paddle low to high is another way to topspin the ball very regular basis. When you face the ball that has been shot from the opposition player, you need to contact your eyes with the ball first and then just take your paddle low to high very gently.

All the shot techniques are quite similar, but the way to face it is always different—all you need to stay focused during the game time. To play the backspin, you need to meet your paddle upward.

So now you have to follow the shots to repeat the best output of your game. Apart from that, you have to tricky when you serve. If you can learn the topspin, service very well it would be a great chance to get the point very quickly.

The most important thing to develop skills is practice. The more you practice, the more you learn. But keep in mind the perfect method makes a man master in that particular field. Don’t go for the wrong one that will be a total waste of time and your energy. 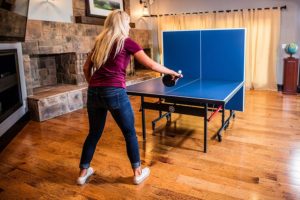 To be an expert in any game, one must practice that thing consistently. Not the practice instead the perfect practice makes a man the master of that game. You have to hit the ball at the right time and place the ball in the right place of the paddle, and you have to be focused on the ball all the time. Because without eye contact, it is impossible to return the ball correctly.

At the beginning of the game, you might find someone who wants to play the game too. Finding someone advances in ping pong won’t be a good option for a beginner. Quite similar or a little bit advanced will be the best one for the beginner.

Focus on keeping the ball low except touching the net because it won’t be easy for the opposition player to play the lower football. 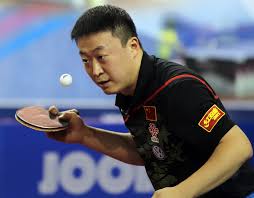 As you do not know from which side of your body the ball will come, you have to be prepared to return the ball instantly. But you can not change the paddle from one hand to another. For that reason, you have to be strong in both the backhand and the forehand to get the best result.

Learn to put the spin on the ball

If you can move your hand so quickly from one side to another and up or down. Then you have to learn to control the ball hitting. Hitting the ball with the spin is another thing and the most among all.

The opponent won’t be a natural player. So to make an illusion in front of him, the spin shot will be the weapon to get the point.

In any game, the speed of the shot helps to generate fear to the opponent. So acquiring the point, smashing would be a great option. If you can smash hard the ball, then the opponent won’t be able to control the ball properly or will play a feeble shot then you will get the benefit to play the best chance to win over him. So practice more to be quick and speedy in the smashing.

Play mind game with the opponent

Sometimes playing over an opponent could be very tough with the skill. You never know about the expertise of the opposition, he could be better than you. But what you can do to beat him in the game, you have to play with the mind. I know this sounds wired.

But believe me, as an athlete, I have tried it several times, and I was lucky enough to hypnotize the opponent, and I won the game. And this thing works. If you do not believe me, then apply this in your next game and prove me wrong.

Playing any kind of game is fun. But to be an expert on the game is always challenging. One must be dedicated and have to work hard to be a master of that game. We all know that practise makes a man perfect. So practice more and more forget other things when you are decided to be a superstar on that game. Ping pong is one of the toughest games among all.

Because it has to play in a table, a ball, a paddle, and the small size table are divided in the middle with a net that you have to cross with the ball. But you can make it easy with regular practice. How to play ping pong is always a frequent question for all sorts of beginners. So practice regularly and forget to say how to play ping pong.